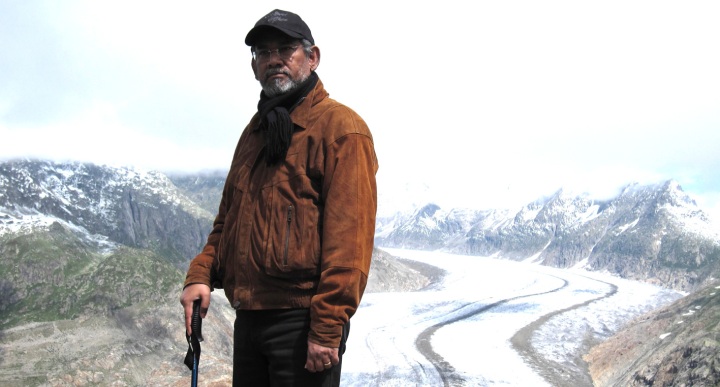 Sri Lanka’s soon-to-be-ex-Permanent Representative to the United Nations in Geneva took time off from his busy schedule of sipping martinis, getting up the Americans’ noses, and fighting on the Western Front, to have a little chat with us. This is his first interview since the Foreign Ministry announced that he has been recalled from Geneva, effective August 20th.

David Blacker: First off, there seem too be two opinions on your sacking. One, that you were too pushy about the 13th Amendment. Two, that you pissed off the Israelis. Which is it?

Dayan Jayatilleka: It could be either, both or neither. The editorials in The Island and the Daily Mirror on July 20th, indicate that it could have a personal aspect. Let’s unpack the other opinions. If I were ‘pushy’ about the 13th amendment I was only pushing a line that was the official stance of the government of Sri Lanka as contained in two post-war joint statements, of May 21st and 23rd. I was doing so in the English language, trying to convince the international community and the Tamil Diaspora of the sincerity of the Government’s commitment to devolution and a political solution, in a context where there was and is a powerful campaign calling for international intervention of one or other sort on the grounds that the Government will not implement such reforms. I was also waging an ideological struggle against those hard-line fringe elements who were opposed to the 13th amendment and playing into the hands of Sri Lanka’s enemies. I was not instructed to do otherwise.

As for the charge that I should not write to the papers or express my views in the media, I have always done so with the disclaimer that these are strictly my personal views. There are other diplomats who have done the same. The controversial articles in the New York Times and the International Herald Tribune, by Dimitri Rogozin, Russia’s serving ambassador to NATO in Brussels, and a political appointee, not a professional diplomat. The respected diplomat, Kishore Mahbubani of Singapore was a star speaker in New York’s seminar circuit where he would preface his remarks by saying ‘these are not the views of the permanent representative of Singapore but simply of Mahbubani’. In our own diplomatic history, there is the example of Ambassador Ernest Corea, the former editor of the Daily News who was posted by President Jayawardene to Washington DC, precisely so he could use his journalistic skills.

The Israeli story is old hat. That issue came and went, and I was sent a letter signed by the Secretary to the Foreign Ministry which said that H.E. the President wished me to stay on in my post until May 31st 2010. Furthermore, after I received instructions, I have stayed off the Israeli issue. Therefore, that is probably just an excuse.

DB: For months, there have been ominous warnings of your head being on the block — particularly over the Israeli issue, but these seemed to come to nothing, and you say you were personally assured of your position by The Man himself. So is this sacking in deed a personal vendetta by the Foreign Minister? The Island suggests he feels upstaged by you. What do you have to say about that?

Dayan Jayatilleka: What I have is a letter dated March 26th, signed by the Secretary to the Ministry of Foreign Affairs which says that H.E. the President has decided that I should stay on until May 2010. This was after the initial controversy involving Israel. Even if some one had a personal vendetta against me, I am not naive enough to think that this sort of decision, in the wake of an earlier unsuccessful effort to remove me and in the aftermath of the successful Special Session of the Human Rights Council, would have been implemented without some semblance of a green light, however fleeting and flickering, from the top political leadership. So it was probably a confluence of factors.

DB: Many people feel you’d make a better Foreign Minister than Rohitha Bogollagama, and he knows it. Do you agree?

Dayan Jayatilleka: Is that meant to be some kind of a compliment? END_OF_DOCUMENT_TOKEN_TO_BE_REPLACED

As the war against the Liberation Tigers of Tamil Eelam grinds inexorably towards certain defeat for the self-proclaimed representatives of the Tamil nation, there seems to be no great fanfare, no glorious last stands. This revolution dies not with a bang, but with whimpers and cowardice. And lies.

For a year the Tamil diaspora, spread from Tamil Nadu to Toronto, watched open-mouthed with disbelief as the iron fist of the Sri Lankan infantry divisions cut the Tiger formations to pieces, hammering them back into a tiny pocket close to Mullaitivu on the island’s northeastern coast. Now, as the world watches, a mortally wounded Tiger cowers behind the very people it claims to defend, mauling them as it dies.

As the pace of the offensive slows down in the heavily populated Mullaitivu District, the Tamil diaspora has finally found its voice, and a cause worthy of its outrage – the Tamil population of the Wanni, trapped in the fighting and suffering horribly. They lack everything human beings have a right to expect – food, shelter, clothing, security, life itself. If anything in the northeast is worthy of our attention, it is these people, held hostage by their proclaimed protectors, forced to face the guns and tanks of the SL Army in the cynical hope that if enough of them are killed or maimed, the world might step in and save the LTTE.

The diaspora, organized and spurred by LTTE front organizations, chants its mantra of concentration camps and Sri Lankan government genocide of the Tamils, ignoring the fact that it is the LTTE, and not the government, that is holding the Wanni Tamils in these inhuman conditions. And like all human catastrophies, this one too, has spawned its celebrity hangers-on. First, Sri Lankan-born British rapper MIA, and now at the eleventh hour, Booker Prize-winning Indian author Arundhati Roy. These two individuals more or less represent the two strongest tones of voice we hear calling for a cessation of the Sri Lankan military offensive against the Tigers. END_OF_DOCUMENT_TOKEN_TO_BE_REPLACED