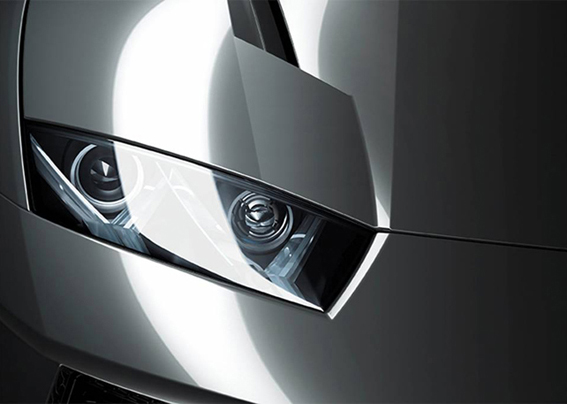 Anyone who knows me well will think it strange that I’m even interested in discussing four-door saloons, but for now I am. Looking at the European luxury car designs set to either hit the market or begin development in 2009, you’d think that they hadn’t noticed that their biggest market — the US — was in deep economic crisis. The US auto industry’s on its knees, and European imports are gathering dust in dealerships across North America. October 2008 was the worst month for car sales in the US since World War II.

European manufacturers of premium cars are already feeling the pinch, and not just in the US market. Overall new-car registration in the UK has sharply declined since June, and annual sales which were down a mere 1.56% in the first half of 2008, had plummeted to a wheel-buckling 23% by October. Both BMW and Daimler have issued profit warnings this year, BMW profits slumping by 63% in the third quarter, sparking plans by the Bavarian giant to take 65,000 units out of its 2008 production. Mini, arguably the world’s most successful small(ish) premium car has cut shifts at its UK plant, as has Aston Martin. Bently and Land Rover have also throttled back production. The squeeze is being felt all the way across to Japan where Toyota’s European sales are down by 92,000 units, spurring it to reduce output on its luxury marque, Lexus.

However, none of this carmageddon seems to be crumpling future plans within the super-luxury niche of European car manufacturers. Porsche’s new five-door, the Panamera, is already in the steel and being drooled over from Top Gear to Car magazine. It’s set to hit the market in early 2009. Aston Martin has no less than five projects earmarked for the coming year, and three of them involve brand new models — the four-door Rapide, the 700bhp One-77, and the resurrection of Lagonda. Lamborghini’s own four-door, the Estoque, is still a show car, and while production is estimated to be years away, development will begin in 2009.

The US economic slump has triggered a global financial crisis that will certainly dial back spending habits in the luxury sector, affecting more than just cars. Or will it? Aston Martin’s boss, Dr Ulrich Bez, doesn’t seem to think so. Bez believes that the more exclusive a product is, the less it will be influenced by its environment. “The product has to deliver something really special and unique to a customer.” Sure. Like a learjet. And we all know how many of those are being snapped up today. So how special and unique are these new offerings by Europe’s luxury car brands? END_OF_DOCUMENT_TOKEN_TO_BE_REPLACED