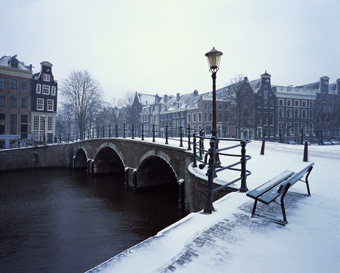 He stands at the sink and does the washing up, but his mind is on her. There’s still time. She hasn’t called or SMS’d, so there’s no rush. The apartment is strangely familiar, though he knows it’s not his. He’s been living here awhile now, but he knows it’s not his. It’s dark outside, and the street below is hidden from his view, even though the sink faces the window.

He hasn’t seen her for so long, but her image is perfectly available in his mind’s eye; pictures that span their history together. The strongest images are, however, the most recent. Flash. She stands in the dark-light of the street, looking up at him, dressed in baggy trackies and hoody that hide her perfect body. She stares stonily up at him, resisting him like a little girl, her exquisite lips tight in a determined pout, her eyes reflecting a pain he still hasn’t understood. Flash. Her smile makes his heart race as she reaches across the table at the club, curious about a bracelet he’s wearing. Flash. She leans into his car, refusing to get in, her short skirt tight against those amazing legs, waiting for him to stop talking, so that she can walk away. He does finally, and she does too, and he watches her climb the steps to the building, not looking back, deaf to his impotent pleas. Flash. The white of her teeth in the darkness of her bedroom as she bites hard into his ribs. He resists the pain as long as he can, then pushes her indignantly away, rising to his feet.

It’s been so long since he touched her, and tonight she had said she would come. He knew that if she entered the flat she would take him, and unlike in the past, it would be her decision.

He sees the red wink of his phone. Text. She says she isn’t coming, that she’ll meet him by the ATM. His heart sinks, disappointed. But she’ll meet him, talk to him, and he has wanted that for so long. Another text. She wants him to come immediately.

He puts down the dishes and pulls on a jacket, walking to the door. He walks out in his bare feet onto the crusted ice of the fire escape, turns back for his thick socks and heavy boots. He tugs them on and clatters down the steel steps. At each landing, the broken shards of glass bar his way, embedded in the doorways. And at each landing, the guardians let him through, standing on each side as they draw the shards out through slots in the door frames. He ducks through each in turn, not waiting til the way is totally clear, stepping over the razor edges.

Finally, he’s out in the snow and dark, the white powder hard packed under the soles of his boots. The medieval buildings that line the street are strangely frightening but also familiar, like a twisted Christmas card from the past. He walks fast, under stone arches and over a narrow bridge. His steamy breath hanging in the air reminds him that he’s forgotten his cigarettes. He’s glad he did, for he knows she wishes he didn’t smoke. He walks faster, knowing she’s waiting.

The warmth of a tropical December damps his forehead as he wakes up alone in his bed in his room in his parents’ house. He rolls over and reaches out in the dimness of dawn for his phone, knowing there will be no text from her, no missed call. He stares up at the ceiling and wonders when she’ll call.

One thought on “The Snow Walk”